Today I have added a photo gallery, which contain 72 photos from Stewart Island. Within a week I will add four more galleries from my NZ trip last year. Cheers /Niklas 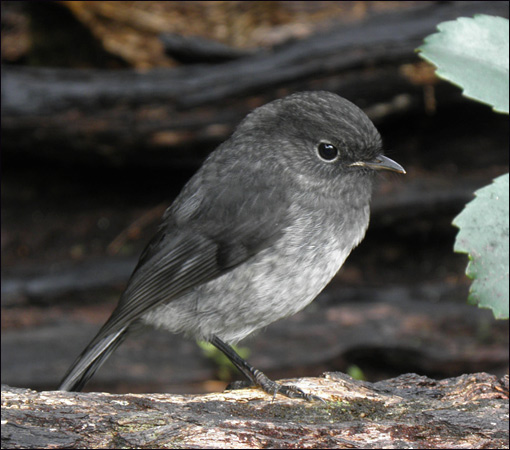 Posted by Niklas Holmström at 05:42 No comments:

Two new photo galleries have been added. One dealing with National Park and Tongariro Crossing on 9-11th November and the other showing a sample of photos from my great four-day walk on Kepler Track 26-29th. Please enjoy. 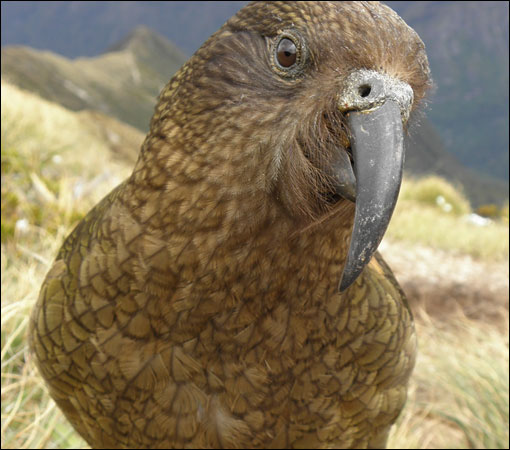 Posted by Niklas Holmström at 02:26 2 comments:

A sample of albatross photos added

The first photo gallery out of ten have been launched and dealing with the huge and wonderful albatrosses seen during several pelagic trips. Please visit the albatross gallery. 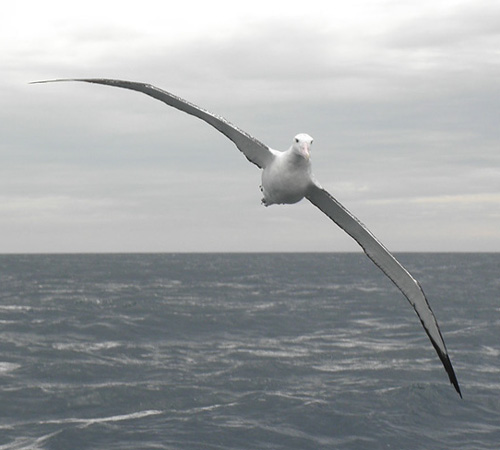 
The trip report on my five week trip to NZ is soon finished, which is true for the photo galleries as well. Hopefully, everything will be available on this site during March. Stay tuned!
Posted by Niklas Holmström at 08:56 No comments:

From summer to winter - 19th December

A week has passed since I arrived to Sweden from five fantastic weeks in NZ. Sweden is covered by snow and the temperature has swinged between -10 and -20 degree. Quite a contrast to the summer in NZ. Well the snow has been falling steadily here now for the past couple of days. I'll see if it's possible to take the bicycle to work tomorrow morning. I wish you all a Merry X-mas and a Happy New Year!
Posted by Niklas Holmström at 06:10 No comments:

Back in Auckland after three fabulous days birding and exploring the island of Tiritiri Matangi, an open sanctuary located in Hauraki Gulf. I took the ferry on Wednesday morning and arrived to Tiritiri one and half hour later. Clearblue sky and scattered clouds further in to mainland. Throughout the weather was sunny and hot (20-23 degree). The DoC Rangers welcomed all the day visitors and those staying overnight and held a brief lecture about Tiritiri, what to do and not do and so on. I got my bed in the bunkhouse, occupied by  volunteers and a small group of exchange students for the night. I packed up my things quickly and was soon ready to explore the island and its birdlife. Each day throughout my stay I walked almost every track, but in different directions and time of day. As the forest is quite young it’s not as high as native forest’s, therefore rather easy to birding and detect birds. However, it’s birds everywhere, easy to find and see, but sometimes much more difficult to photograph that one may think. Of course, some species are more difficult than others to see, which is true for Kokako, Fernbird and the nocturnal ones. All tracks are good, but take your time. Also, the vary of habitat, old and young forest, the closeness to the sea, which means your walk never get boring. Add to this several good spots for seawatching in (most preferably) the evening along the eastern coastline. Wow, it’s hard to describe or even write up a story for these days. I meet a lady from Auckland, who stayed over for one night. On the return ferry she said to me: “I feel ashamed to say that during my 15 years in Auckland I had never been on Tiritiri, but what a jewel. And I saw my first Kiwis in wild ever last night! I have already decide to take along my grandsons next month to Tiritiri.”

The birdlife were incredible rich and the numbers of many species were very high. Tui probably being the most numerous (several hundreds a day), followed by Whitehead and Saddleback. I was very happy to see ten Saddlebacks on Ulva in one day, however, on Tiritiri you could see ten in one small valley. And to experience the morning concert of all singing birds is nothing but unforgettable. If I had to pick out a favourite it has to be Tui, which have two voiceboxes and this is what enables Tui to perform such a myriad of vocalisations. And to hear a small group of Tuis singing in chorus in early morning or especially in the evening were like listening to the voice of God!
The nocturnal walks not to be forgotten! On the first day’s evening I placed myself at the lowest part of the Wattle track. Listening to a nice chorus of three Kokakos while waiting for the dusk and hopefully calling Little Spotted Kiwis. At 9:15, almost dark, a male Kiwi was calling in the valley and later a female answer. Then it was silent for half an hour so I decide to continue to walk the track slowly. After a while I reached the gravel road and came across one of the students from the bunkhouse. We walked together slowly and within ten minutes we saw two different kiwis! Both crossing the road and one remained for about ten seconds in the middle of the road about three metres in front of us! On the second evening, after more the three hours of seawatching, I placed myself on a the meadow slope above the pond between the Fishermans Bay and Emergency landing location. Had a cup of coffee and enjoyed the dusk coming. Two Spotless Crakes start to call and suddenly a Morepork flew by two metres from me with the greyblue sky as a perfect backdrop. It start to calling from an adjacent clump of trees. Already at 8:45pm I heard the first Kiwi calling and soon a female called back! I stayed at the lovely spot for 45 minutes more, hearing 3-4 more kiwis. Very happy I longed for the bed and start walking back to the bunkhouse. At the lookout point close to the lighthouse I nearly suffered a heart attack as a Kiwi start calling just a few metres off the track. I stood still, with my red headlight on. I could hear the Kiwi moving towards me and suddenly it just were there, on the grassy track in front of me! Heart attack was the word! After a few seconds, which felt like hours, it disappeared in the dark forest. I felt like the luckiest guy in the world. Seeing Little Spotted Kiwis two evenings in a row and bearing the sightings on Stewart Island in mind. I just wonder if my Koru medallion, which I bought when I arrive to New Zealand, has a great part in my fantastic travel, from the beginning to this grande finale. Most probably!
Sightings worthy of mention (average numbers per day in brackets): Brown Teal (3), Little Spotted Kiwi (4-5 heard + 3 seen), Spottless Crake (2 heard + 1 seen), NZ Pigeon (many),  Kaka (5), Red-crowned Parakeet (20 pairs), Morepork (1 seen and heard), NZ Kingfisher (2-3), Grey Warbler (2-3), Fernbird (seen on five locations), Whitehead (common), Fantail (5), North Island Robin (20), Kokako (1 seen + 3-4 heard), Tui (common), Stitchbird (20), Bellbird (common), North Island Saddleback (common).
Dedicated seawatching on a the tip at Fishermans Bay in lovely light condition between 5-8pm produced lot of seabirds flying westwards: Common Diving Petrel (1), Buller’s Shearwater (367), Flesh-footed Shearwater (322), Fluttering Shearwater (490), Sooty Shearwater (3), Cook’s Petrel (2), Australasian Gannet (c. 400), Arctic Skua (7) and Dusky Dolphin (30). After 8pm I stopped counting and just enjoyed the loose endless stream of Buller’s and Flesh-footed passing westwards.
Besides an unforgettable overall impression I was given seven lifers during these three days. Please enjoy a photo cavalcade from Tiritiri Matangi. About two hours I’ll catch the bus to Auckland airport. Sweden here I come!

So, I just had have a nice breakfast at Xbase and will will soon walk downtown to the ferry, which will take me to the island of Tiritiri Matangi for a three-day stay. The target speies is Little Spotted Kiwi, Stitchbird and Kokako and of course it will be nice to see the already seen specialties as well as the subspecies of Robin and Saddleback. Fortunately, it's no public Internet connection on the island and therefore it will not be any updates until Friday evening or so, but stay tuned.

Posted by Niklas Holmström at 07:34 No comments: